Thank you all who came to support our show in every town, it’s always a joy playing for you and we had a great week. 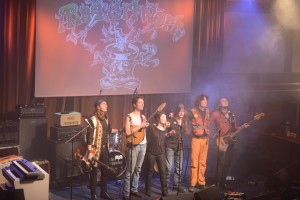 Now the rest of the band has left me in the north while they are back home in Uppsala & Stockholm. It’s sad, but we’ll see each other when we have our tour final in Uppsala, and that’s really soon! It’ll be a kick-ass evening.
We’re really looking forward to continue the I Still Breathe Tour next year…can’t reveal anything specific yet, but generally we can assure you there will be more shows announced during time.
Here’s some reviews and interviews we got during the tour:
Sweden Rock Magazine
Svenska Dagbladet
Piteå Tidningen
Folkbladet

Today we had a relaxing day, making some food together, talking about the past shows and the rest of the week. It was really healthy and it feels good to be back on the road together, we’re a great team. And since we all feel the same, we’re getting even more hungry and motivated to get out sharing these feelings with you. 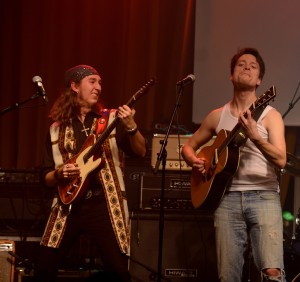 Day IV – Dalkarlså
What a place! A kind of a castle in the middle of the forest? This might have been the most fun concert on this tour…after a couple of songs it felt like the audience was in some kind of a trance, screaming after every little cool thing we played or made on stage, standing up cheering after every song. A cool thing was that the electricity disapeared twice during the show, both of the times perfectly dead on at the right spots becoming an odd effect in the compositions. 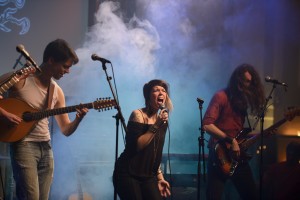 Day V – Piteå
It felt so good to play in Piteå, almost like our hometown. Unfortunately we had a great deal of techical difficulties during the day, the mixing console broke so we had to fix another one and the tubes in my amp died during the show…but it was so many cool feelings in the air between us and the audience so it didn’t matter. Everyone I spoke to after the show was elated, even ecstatic, so we’re truly happy with tonight. THANK YOU all who came to see us, we had a real great time together! We ended this day with a compuslory tour party! Does anyone think Simon fell asleep on his guitar this year as well..? 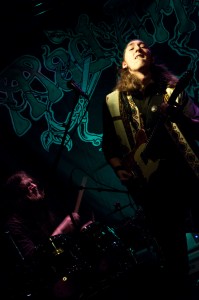 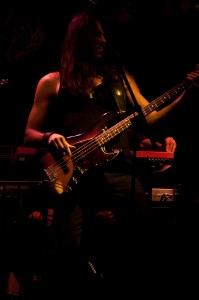 Day VI
When I got back around 3pm after a walk the house was completely dark with someone sleeping in every room. As I was dead tired (hadn’t really slept much after last nights party), I went to bed telling myself ”They’ll wake up soon and they’ll wake me on the same time”. When I woke up at 5.30pm it was even darker and everybody was still sleeping really heavy. I managed to wake the guys by putting the light on in the whole house and make lot of noise. At 6.45pm we went to a restaurant to have our first meal of the day…I guess none of us was feeling so well. But what a night! Simon was singing the dirtiest songs we’ve ever heard while Ante was making the most twisted magic tricks with his playing cards. 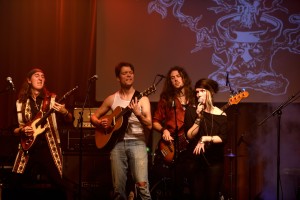 Day VII – Boden
It was a great crowd in Bodenn, with a kind of international flavour as well…it almost felt strange to speak Swedish. Because of a family matter Fredrik had to leave us shortly before this show so we had a substitute on the sound  – Christopher Zakrisson. Many thanks, Christopher, for making a great job! We had a real hard rocking evening with all of you in the audience! Thanks a lot for joining!
/Gabbi 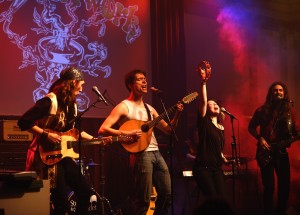